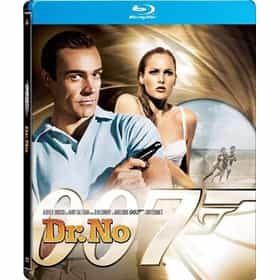 Dr. No is a 1962 British spy film, starring Sean Connery; it is the first James Bond film. Based on the 1958 novel of the same name by Ian Fleming, it was adapted by Richard Maibaum, Johanna Harwood, and Berkely Mather and was directed by Terence Young. The film was produced by Harry Saltzman and Albert R. Broccoli, a partnership that would continue until 1975. In the film, James Bond is sent to Jamaica to investigate the disappearance of a fellow British agent. The trail leads him to the underground base of Dr. No, who is plotting to disrupt an early American manned space launch with a radio beam weapon. Although the first of the Bond books to be made into a film, Dr. No was not the ... more on Wikipedia