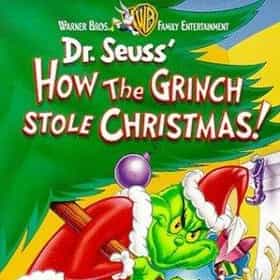 This special is a 1966 American animated television special directed by Chuck Jones. It is based on the eponymous children's book by Dr. Seuss, the story of The Grinch trying to take away Christmas from the townsfolk of Whoville below his mountain hideaway. The special, which is considered a short film as it runs less than an hour, is one of the classic Christmas specials from the 1960s still shown regularly on television. ... more on Wikipedia

Dr. Seuss' How the Grinch Stole Christmas! is ranked on...

Dr. Seuss' How the Grinch Stole Christmas! is also found on...