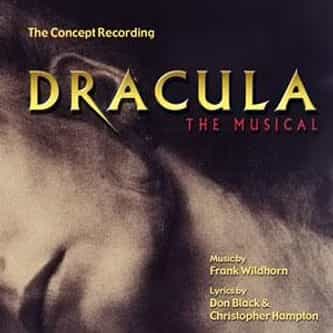 Dracula, the Musical is a musical based on the original Victorian novel by Bram Stoker. The score is by Frank Wildhorn, with lyrics and book by Don Black and Christopher Hampton. It had its regional premiere at the La Jolla Playhouse, La Jolla, California, in 2001, playing to 115% capacity, earning the highest paid capacity for any world premiere production in the playhouse's history. It then premiered on Broadway in 2004, starring Tom Hewitt as the frightening vampire Count and Melissa ... more on Wikipedia

Dracula, the Musical IS LISTED ON