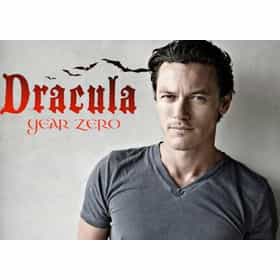 Dracula Untold is a 2014 American dark fantasy action horror film directed by Gary Shore in his feature film debut and written by Matt Sazama and Burk Sharpless. Rather than focus on Irish novelist Bram Stoker's 1897 novel Dracula, the film creates an origin story for its title character, Count Dracula, by re-imagining the story of Vlad the Impaler. Luke Evans portrays the title character, and Sarah Gadon, Dominic Cooper, Art Parkinson, and Charles Dance appear in supporting roles. Principal photography began on August 5, 2013, in Northern Ireland. Universal Pictures released the film on October 10, 2014, in cinemas and IMAX. Universal intends the film to be a reboot of the Universal ... more on Wikipedia

Dracula Untold is ranked on...

#43 of 160 The Best Movies of 2014 66.1k VOTES Sure there are the Oscars, Golden Globes, and a number of other award ceremonies that hand out trophies to movies that are v...
#15 of 33 Horror Movie Reboots No One Ever Asked For 18.4k VOTES Horror movie remakes are as old as cinema itself, and they're not always a bad thing. After all, John Carpenter's The Thing ...
#12 of 32 The Best Drama Movies of 2014 691 VOTES Let's get dramatic... There were a lot of great drama movies released in 2014, but which were the greatest? This list of the...
#20 of 36 The Scariest Movies of 2014 2k VOTES These scary movies from 2014 brought as many scares as the classic horror films of the '70s and '80s. Hopefully you wer...
#13 of 15 15 Greatest Scores By Game Of Thrones Composer Ramin Djawadi 32 VOTES Known for scoring Game of Thrones's main title theme, composer Ramin Djawadi remains one of the best modern c...
#4 of 11 Movies With Cliffhanger Endings That Never Paid Off 88 VOTES When done correctly, a cliffhanger leaves moviegoers on the edge of their seats, hungry for the next installment o...
#11 of 21 21 Movie Trailers with Slowed Down Cover Songs 260 VOTES There's something both enchanting and unnerving about movie trailers with slowed down song covers. There's the brief moment ...
#101 of 143 The Best Horror Movies Of The 2010s, Ranked 47.4k VOTES These horror films from the 2010s have got the best scares, screams, and monsters of the decade. Jordan Peele came onto the ...
#16 of 42 The Greatest Shows & Movies About Vampires 3.6k VOTES Throughout all of horror—whether it be film, TV, or literature—there are no other monsters who quite compare to vampires. Th...
#432 of 506 The Scariest Movies Ever Made 549.8k VOTES These are the all-time scariest movies ever made. Many of these movies have become part of the pop culture lexicon due to th...
#19 of 31 The Best Action Movies of 2014 6k VOTES Buckle up! It's time to blast through the explosive list of the best action movies from 2014. We've got superheroes and muta...
#5 of 29 The Best Immortality Movies 3.5k VOTES A list of the best immortality movies ever made, ranked by movie fans with film trailers when available. This immortality mo...
#10 of 29 The Best Dracula Movies 8.2k VOTES A list of the best Dracula movies. This is a list of not just vampire movies, but movies that specifically feature Count Dra...

Dracula Untold is also found on...