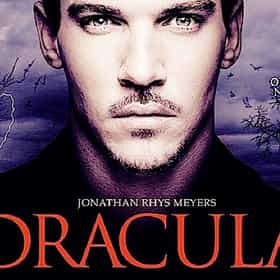 Dracula is a British-American horror drama television series that premiered on NBC on October 25, 2013. It was produced by London-based Carnival Films. The series was created by Cole Haddon, and was a reimagining of the classic Dracula novel by Bram Stoker. Daniel Knauf, creator of the HBO series Carnivàle, serves as showrunner/head writer, working with Haddon. The series aired in the United Kingdom from October 31, 2013, to January 16, 2014, on Sky Living. The network announced the series in January 2012 with a straight-to-series commitment, and in July 2012 the series was green-lit for 10 episodes. On May 10, 2014, Dracula was canceled by NBC after one season. ... more on Wikipedia

Dracula is ranked on...

Dracula is also found on...