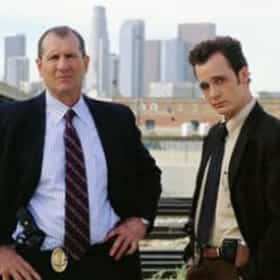 Dragnet 1967-1970 was the second run of the Dragnet series. It began in January of 1967, and ran to September of 1970. The lead character, Sgt. Joe Friday, was played by Jack Webb, who also directed and produced the series. The show's focus is on two detectives, Sgt. Joe Friday, and Officer Bill Gannon, played by Harry Morgan. The two track down criminals all throughout the city of Los Angeles, California. The original "Dragnet" was the grandfather of ALL of today's police drama shows. This was the first time a cancelled network TV series was successfully revived. In late 1965, Universal and NBC hired Webb to revive "Dragnet" as a made-for-TV movie. This was filmed

Dragnet is ranked on...

#402 of 2,298 The Greatest TV Shows Of All Time 1.4M VOTES Choosing the best TV shows of all time means taking into account the best TV dramas, the best TV comedies, the best cartoons...
#42 of 50 What to Watch If You Love 'Mr. Robot' 129 VOTES Wondering what to watch after Mr. Robot? If the suspenseful/tech series has you hungry for more intrigue involving hackers, ...