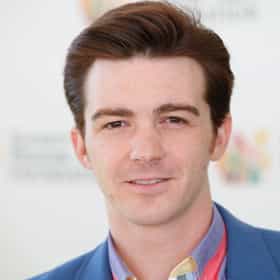 Jared Drake Bell (born June 27, 1986) is an American actor, voice actor, singer, songwriter, and musician. Born in Newport Beach, California, he began his career as an actor in the early 1990s at the age of five with his first televised appearance on Home Improvement. Bell also appeared in several commercials, such as one for Pokémon Red and Blue, but is best known for his starring roles on Nickelodeon's The Amanda Show and Drake & Josh. Bell starred in a trilogy of The Fairly OddParents movies on Nickelodeon. Bell was the voice of Peter Parker / Spider-Man in the animated series Ultimate Spider-Man on Disney XD. In addition to acting, Bell has a career in music starting in ... more on Wikipedia

What Happened To Drake From Drake And Josh? 33.7k views You might have caught wind of Drake Bell's feud with former Drake & Josh co-star Josh Peck back in June of this year. An...

Drake Bell is ranked on...

#854 of 1,452 Celebrity Death Pool 2018 477.7k VOTES Welcome to Celebrity Death Pool 2018! In increasingly uncertain times, there remains one constant in life - we all die. Cele...
#109 of 148 Dreamcasting Celebrities We Want To See On The Masked Singer 7.1k VOTES The US version of The Masked Singer has taken social media by storm and no wonder. With secret, costumed celebrities and clu...
Famous People Whose Last Name Is Bell 13.1k VIEWS Being a fairly common name, it's no surprise there are a lot of famous people with the last name Bell. Do you recognize all ...
Celebrities Who Have Dissed Justin Bieber 133.7k VIEWS In the relatively short number of years Justin Bieber has been around he's done an impressive amount of stupid things. When ...
20 Celebrities Who Have Declared Bankruptcy 203.5k VIEWS A list of stars who have gone bankrupt. Celebrities often get carried away with their reckless spending, from ultra-luxuriou...
Celebs Who Fell Victim To The Worst Trendy Hairstyles 28.3k VIEWS Before you decide to take a risk with your hair by getting the latest fashionable cut, be sure to consider celebrities ...
Noted Celebrities Who Have Filed for Bankruptcy Protection 106.2k VIEWS Top celebrities that went broke is a list of famous people that have had to file bankruptcy. These are the Hollywood stars, ...
Torrey DeVitto Loves and Hookups 3.4k VIEWS Who is Torrey DeVitto dating? Many famous men have dated Chicago Med actress Torrey DeVitto, and this list will give yo...
Celebrities Who Don't Have Anything Nice to Say About Taylor Swift 211.6k VIEWS We all know about Taylor Swift's main feuds: Katy Perry, Kanye West, Kim Kardashian West, Calvin Harris, and even Scooter Br...

Drake Bell is also found on...