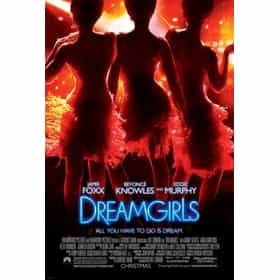 Dreamgirls is a 2006 American musical drama film, directed by Bill Condon and jointly produced and released by DreamWorks Pictures and Paramount Pictures. The film debuted in three special road show engagements starting in December 15, 2006 before its nationwide release on December 25, 2006. Adapted from the 1981 Broadway musical of the same name by composer Henry Krieger and lyricist/librettist Tom Eyen, Dreamgirls is a film à clef of the histories of the Motown record label and one of its acts, The Supremes. The story follows the history and evolution of American R&B music during the 1960s and 1970s through the eyes of a Detroit, Michigan girl group known as the Dreams and ... more on Wikipedia

Every Song in Dreamgirls, Ranked by Singability 497 votes Motown fans everywhere have a fondness for the Dreamgirls soundtrack. The musical follows the ups and downs of showbiz throu...

Dreamgirls is ranked on...

Dreamgirls is also found on...