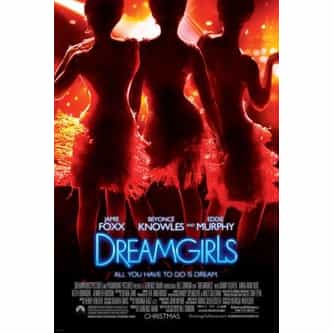 Tagline
All you have to do is dream.
One Dream Will Change Everything
Fame Comes And Goes
Stars Rise And Fall
But Dreams Live Forever

Dreamgirls is a 2006 American musical drama film, directed by Bill Condon and jointly produced and released by DreamWorks Pictures and Paramount Pictures. The film debuted in three special road show engagements starting in December 15, 2006 before its nationwide release on December 25, 2006. Adapted from the 1981 Broadway musical of the same name by composer Henry Krieger and lyricist/librettist Tom Eyen, Dreamgirls is a film à clef of the histories of the Motown record label and ... more on Wikipedia

510 votes Every Song in Dreamgirls, Ranked by Singability

Dreamgirls IS LISTED ON