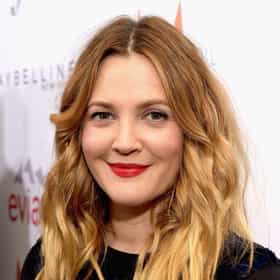 Drew Blythe Barrymore (born February 22, 1975) is an American actress, producer, director, author, model and entrepreneur. She is a member of the Barrymore family of actors, and the granddaughter of John Barrymore. She achieved fame as a child actress with her role in E.T. the Extra-Terrestrial (1982). She is the recipient of numerous accolades, including a Golden Globe, a Screen Actors Guild Award, and a BAFTA nomination. Following a highly publicized childhood marked by drug and alcohol abuse, Barrymore released an autobiography, Little Girl Lost, when she was 16 in 1991. She went on to appear in a string of successful films throughout the decade, including Poison Ivy (1992), Boys on ... more on Wikipedia

Drew Barrymore is ranked on...

Drew Barrymore is also found on...