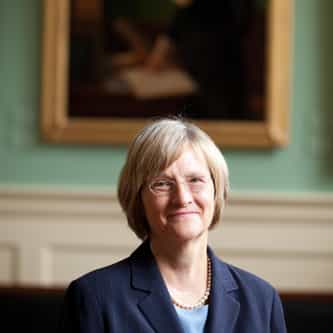 Catharine Drew Gilpin Faust (born September 18, 1947) is an American historian and was the 28th President of Harvard University, the first woman to serve in that role. Faust is the former dean of the Radcliffe Institute for Advanced Study; she is Harvard's first president since 1672 without an undergraduate or graduate degree from Harvard and the first to have been raised in the South.In 2014, she was ranked by Forbes as the 33rd most powerful woman in the world. On February 11, 2018, it ... more on Wikipedia

Drew Gilpin Faust IS LISTED ON