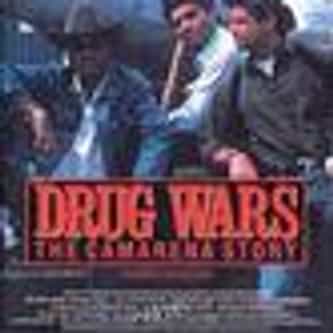 Drug Wars: The Camarena Story is a 1990 TV mini-series based on Elaine Shannon’s book Desperados and the Time magazine article of the same name. It was directed by Brian Gibson and starred Steven Bauer, Miguel Ferrer, Benicio del Toro, Treat Williams and Craig T. Nelson. It was the second most watched NBC mini-series of the year following The Kennedys and followed up in 1992 with Drug Wars: The Cocaine Cartel starring Dennis Farina. ... more on Wikipedia

Drug Wars: The Camarena Story IS LISTED ON