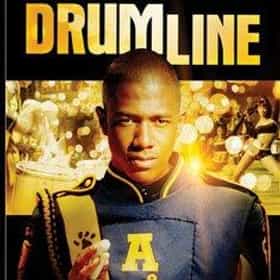 Drumline is a 2002 American drama film directed by Charles Stone III. The screenplay, a fictional story about a historically black college and university marching band, was written by Tina Gordon Chism and Shawn Schepps. The story is about a young drummer from New York, played by Nick Cannon, who enters the fictional Atlanta A&T University and bumps heads with the leader of his new school's drum section. Leonard Roberts, Zoe Saldana, and Orlando Jones co-star. The film received generally positive reviews, with most critics praising the energy of the film, as well as the musical talents of the bands. It was a box office success, earning over $56 million in the U.S., and almost $1.2 ... more on Wikipedia

Drumline is ranked on...

Drumline is also found on...