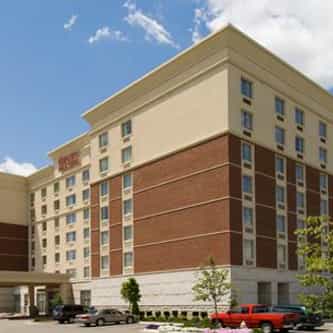 Drury Hotels, LLC is a family-owned and operated Creve Coeur, Missouri-based corporation. The chain operates under the names Drury Inn, Drury Inn and Suites, Drury Suites, and Pear Tree Inn. It was founded in 1973 by the owner of a plastering company. The first Drury hotel, the family's first rooms-only concept, was located in Sikeston, Missouri. The Drury Development Corporation had been founded in 1959 with the family building its first hotel in 1962 in Cape Girardeau, Missouri, as a ... more on Wikipedia