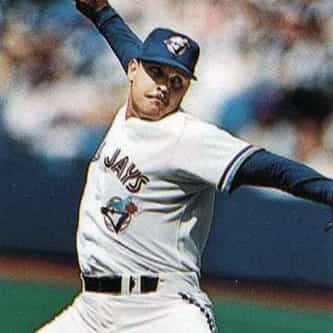 Roy Duane Ward (born May 28, 1964) is a former Major League Baseball relief pitcher who played with the Atlanta Braves and Toronto Blue Jays. Ward went to school and made his early athletic mark in Farmington, New Mexico, a small oil and gas city, and one known for its amateur baseball programs. Ward thrived in the American Amateur Baseball Congress-sponsored baseball leagues and graduated from Farmington High School, home of the Scorpions. He was drafted out of high school in 1982. Ward ... more on Wikipedia

Duane Ward IS LISTED ON