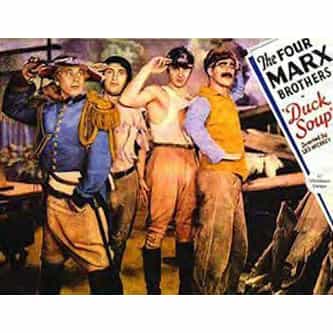 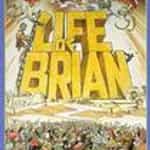 Duck Soup is a 1933 Marx Brothers anarchic comedy film written by Bert Kalmar and Harry Ruby, with additional dialogue by Arthur Sheekman and Nat Perrin, and directed by Leo McCarey. First released theatrically by Paramount Pictures on November 17, 1933, it starred what were then billed as the "Four Marx Brothers" and also featured Margaret Dumont, Raquel Torres, Louis Calhern and Edgar Kennedy. It was the last Marx Brothers film to feature Zeppo, and the last of five Marx ... more on Wikipedia

Duck Soup IS LISTED ON