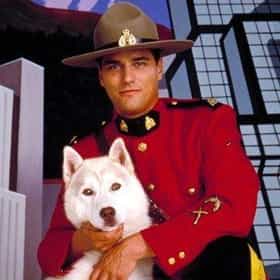 Due South is a Canadian crime drama series with elements of comedy. The series was created by Paul Haggis, produced by Alliance Communications, and stars Paul Gross, David Marciano, Gordon Pinsent, Beau Starr, Catherine Bruhier, Camilla Scott, Ramona Milano, and latterly Callum Keith Rennie. It ran for 67 episodes over four seasons, from 1994 to 1999. Set in Chicago, the show follows the adventures of Constable Benton Fraser, an officer of the Royal Canadian Mounted Police, who is attached to the Canadian consulate but works with Detective Raymond Vecchio of the Chicago Police Department to solve crimes, assisted by Fraser's companion Diefenbaker, a deaf white wolfdog. From season ... more on Wikipedia

Due South is ranked on...

Due South is also found on...