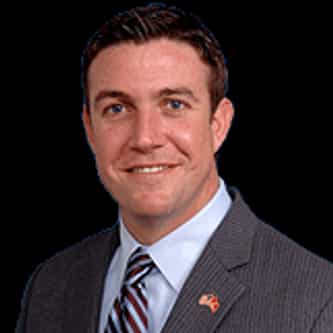 Duncan Duane Hunter (born December 7, 1976) is an American politician and serving U.S. Representative from California since 2009. He is a member of the Republican Party, representing California's 50th congressional district. This district, numbered as the 52nd from 2009 to 2013, covers much of northern and inland San Diego County, including the cities of El Cajon, Escondido, San Marcos, Santee and Temecula. He served in the U.S. Marines from 2001 through 2005 and succeeded his father, ... more on Wikipedia

Duncan D. Hunter IS LISTED ON