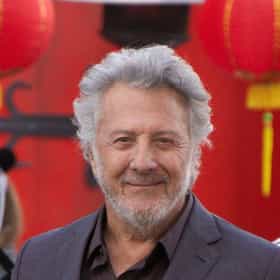 Dustin Lee Hoffman (born August 8, 1937) is an American actor and filmmaker. Hoffman has been called one of the greatest actors of all time. He is known for his versatile portrayals of antiheroes and emotionally vulnerable characters. He is the recipient of numerous accolades including two Academy Awards, six Golden Globe Awards (including the Cecil B. DeMille Award), four BAFTAs, three Drama Desk Awards and, two Emmy Awards. Hoffman received the AFI Life Achievement Award in 1999 and the Kennedy Center Honors Award in 2012. Hoffman first drew critical praise for starring in the play Eh?, for which he won a Theatre World Award and a Drama Desk Award. His breakthrough film role was as ... more on Wikipedia

Dustin Hoffman is ranked on...

Dustin Hoffman is also found on...