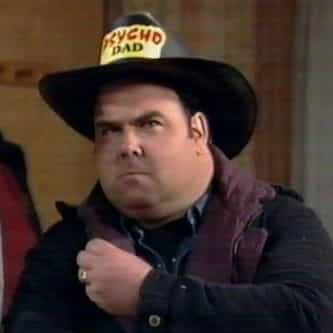 E. E. Bell is an American comic actor best known for his role as Bob Rooney on the sitcom Married... with Children. He also had a recurring role as Barney the security guard in the Nickelodeon sketch comedy series The Amanda Show. He also had a guest role as Leslie the tow truck driver on Drake and Josh and as the Mystery Guest on How I Met Your Mother. In 1993 until 1994, he also had in the TV show Xuxa, as the bear Jelly and himself. He also made a guest appearance on Sonny With a Chance ... more on Wikipedia