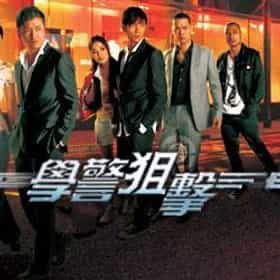 Emergency Unit, better known as simply E.U. is a 2009 Hong Kong television drama created and produced by Wong Wai-sing. It is the direct sequel to 2007's On the First Beat and the third installment in the The Academy series. E.U. stars Ron Ng and Sammul Chan from the original series, with the addition of Michael Miu, Kathy Chow, Michael Tse, and Elanne Kong. The popularity of Tse's role, Laughing Gor, spawned two film spin-offs and a television drama spin-off of the character. Unlike the two previous installments, E.U. focuses on one particular secret triad, while the first two focuses more on the general lives of the characters. E.U. stands for Emergency Unit, a traffic and criminal ... more on Wikipedia