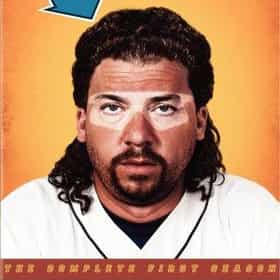 Eastbound & Down is an American sports comedy television series that was broadcast on HBO, starring Danny McBride as Kenny Powers, a former professional baseball pitcher, who after an up and down career in the major leagues is forced to return to his hometown middle-school in Shelby, North Carolina, as a substitute physical education teacher. Producers Will Ferrell and Adam McKay received an order for six episodes for the first season from HBO. The series was produced by Will Ferrell's production company, Gary Sanchez Productions. The show premiered February 15, 2009, at 10:30 p.m. Its second season, consisting of seven episodes, began on September 26, 2010. On October 27, HBO ... more on Wikipedia

lists about Eastbound & Down

Eastbound & Down is ranked on...