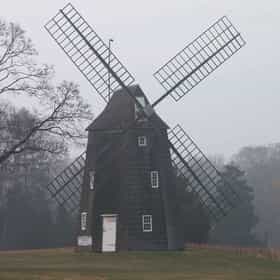 The Town of East Hampton is located in southeastern Suffolk County, New York, at the eastern end of the South Shore of Long Island. It is the easternmost town in the state of New York. At the time of the United States 2010 Census, it had a total population of 21,457. The town includes the village of East Hampton, as well as the hamlets of Montauk, Amagansett, Wainscott, and Springs. It also includes part of the incorporated village of Sag Harbor. East Hampton is located on a peninsula, bordered on the south by the Atlantic Ocean, to the east by Block Island Sound and to the north by Gardiners Bay, Napeague Bay and Fort Pond Bay. To the west is western Long Island, reaching to the East ... more on Wikipedia

East Hampton is ranked on...