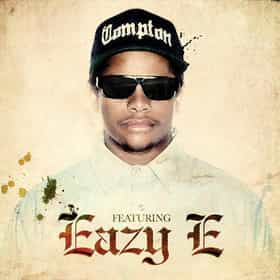 Eric Lynn Wright (September 7, 1964 – March 26, 1995), known professionally as Eazy-E, was an American rapper, record producer, and entrepreneur. Dubbed the "Godfather of Gangsta Rap", he gained prominence for his work with N.W.A, where he has been credited for pushing the boundaries of lyrical and visual content in mainstream popular music. Born and raised in Compton, California, Eazy-E faced several legal troubles before founding the Ruthless Records record label in 1986. After beginning a short solo career, where he worked heavily with Ice Cube and Dr. Dre, the trio came together to form the group N.W.A later that year. As a member of the group, he released the ... more on Wikipedia