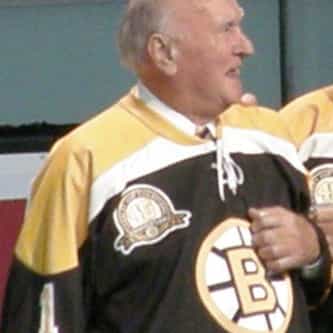 Edward Joseph Johnston (born November 24, 1935) is a Canadian former professional ice hockey goaltender and former coach and general manager in the National Hockey League. His professional career spanned fifty-three years (twenty-two as a player and thirty-one in management), mostly in the NHL. He won two Stanley Cups as a player with the Boston Bruins in 1970 and 1972, and a third in 2009 as senior advisor for hockey operations with the Pittsburgh Penguins, an organization he served in ... more on Wikipedia

Eddie Johnston IS LISTED ON