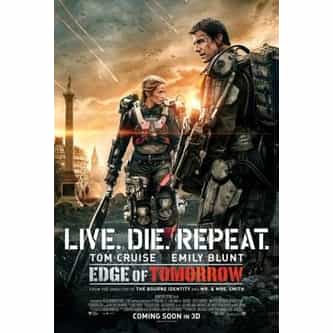 Edge of Tomorrow is a 2014 American military science fiction thriller film starring Tom Cruise and Emily Blunt. Doug Liman directed the film. The film takes place in a future where Earth is invaded by an alien race. Major William Cage, a public relations officer inexperienced in combat, is forced by his superiors to join a landing operation against the aliens. Though Cage is taken out in combat, he finds himself in a time loop that sends him back to the day preceding the battle every ... more on Wikipedia

Edge of Tomorrow IS LISTED ON