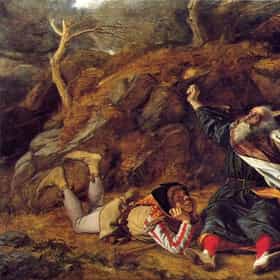 Edmund or Edmond is a fictional character and the main antagonist in William Shakespeare's King Lear. He is the illegitimate son of the Earl of Gloucester, and the younger brother of Edgar, the Earl's legitimate son. Early on in the play, Edmund resolves to get rid of his brother, then his father, and become Earl in his own right. He later flirts with both Goneril and Regan and attempts to play them off against each other. ... more on Wikipedia

Edmund is ranked on...