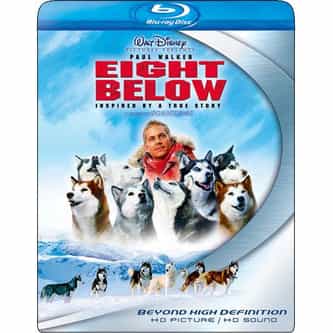 Tagline
Eight Below. Inspired by a true story.
The Most Amazing Story Of Survival
Friendshp
And Adventure Ever Told.

Eight Below is a 2006 American family drama adventure film directed by Frank Marshall and written by David DiGilio. It stars Paul Walker, Bruce Greenwood, Moon Bloodgood, and Jason Biggs. It was released theatrically on February 17, 2006, by Walt Disney Pictures in the United States. The film is set in Antarctica, but was filmed in Svalbard, Norway, Greenland, and British Columbia, Canada. ... more on Wikipedia

Eight Below IS LISTED ON