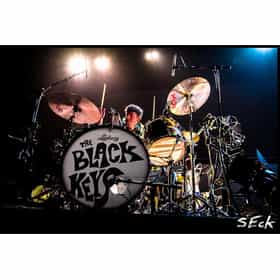 El Camino is the seventh studio album by American rock duo the Black Keys. It was co-produced by Danger Mouse and the group, and was released on Nonesuch Records on December 6, 2011. The record was the follow-up to the band's commercial breakthrough, Brothers, and was their third collaboration with Danger Mouse. El Camino draws from popular genres of the 1950s–1970s, such as rock and roll, glam rock, rockabilly, surf rock and soul. The band cited several retro acts as musical influences, including The Clash, The Cramps, T. Rex, Ramones, The Beatles, Sweet, The Cars and Johnny Burnette. Danger Mouse contributed as a co-writer on each of the 11 songs alongside guitarist Dan Auerbach and ... more on Wikipedia

El Camino is ranked on...

#515 of 3,637 The Greatest Albums of All-Time 3.1M VOTES This is a list of the greatest albums of all time, created and ranked by music fans worldwide. Music is as subjective as any...
#10 of 120 The Best Albums of 2011 10.5k VOTES Be it by digital download or old-fashioned CD, most of us have purchased one musical album or another during 2011, but which...
#59 of 193 The Greatest Albums Of The 2010s, Ranked 7.6k VOTES Here are the best albums of the decade, ranked by fans everywhere. Featuring popular music from some of the b...
#4 of 9 The Best Black Keys Albums of All Time 1k VOTES Akron-natives The Black Keys aren't just one of the best garage rock bands, they're one of the one of the best bands of the ...