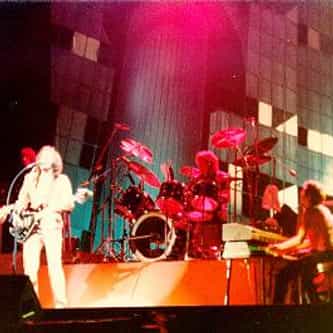 The Electric Light Orchestra (ELO) are an English rock band formed in Birmingham in 1970 by songwriters/multi-instrumentalists Jeff Lynne and Roy Wood with drummer Bev Bevan. Their music is characterised by a fusion of Beatlesque rock, classical arrangements and futuristic iconography. After Wood's departure in 1972, Lynne became the band's leader, arranging and producing every album while writing virtually all of their original material. For their initial tenure, Lynne, Bevan and ... more on Wikipedia

Electric Light Orchestra IS LISTED ON