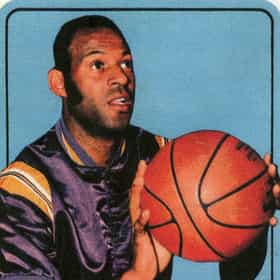 Elgin Gay Baylor (born September 16, 1934) is an American former basketball player, coach, and executive. He played 14 seasons as a small forward in the National Basketball Association (NBA) for the Minneapolis/Los Angeles Lakers, appearing in eight NBA Finals. Baylor was a gifted shooter, strong rebounder, and an accomplished passer. Renowned for his acrobatic maneuvers on the court, Baylor regularly dazzled Lakers fans with his trademark hanging jump shots. The No. 1 draft pick in 1958, NBA Rookie of the Year in 1959, 11-time NBA All-Star, and a 10-time member of the All-NBA first team, he is regarded as one of the game's all-time greatest players. In 1977, Baylor was inducted into ... more on Wikipedia

Elgin Baylor is ranked on...

Elgin Baylor is also found on...