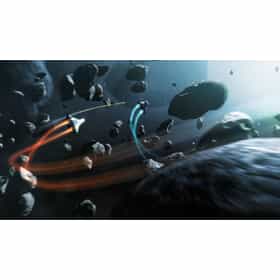 Elite: Dangerous is a space adventure, trading, and combat simulator that is the fourth release in the Elite video game series. Piloting a spaceship, the player explores a realistic 1:1 scale open world galaxy based on the real Milky Way, with the gameplay being open-ended. The game is the first in the series to attempt to feature massively multiplayer gameplay, with players' actions affecting the narrative story of the game's persistent universe, while also retaining single player options. It is the sequel to Frontier: First Encounters, the third game in the Elite series, released in 1995. Having been unable to agree to a funding deal with a publisher for many years, the developer ... more on Wikipedia

Elite: Dangerous is ranked on...

Elite: Dangerous is also found on...