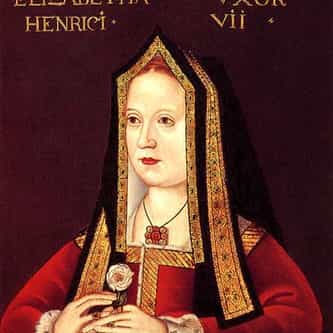 Elizabeth of York (11 February 1466 – 11 February 1503) was the first queen consort of England of the Tudor dynasty from 18 January 1486 until her death, as the wife of Henry VII. She married Henry after being detained by him in 1485 following the latter's victory at the Battle of Bosworth Field, which started the last phase of the Wars of the Roses. Together, Elizabeth and Henry had eight children. After the death of her father, King Edward IV, Elizabeth's brothers the "Princes in ... more on Wikipedia

Elizabeth of York IS LISTED ON