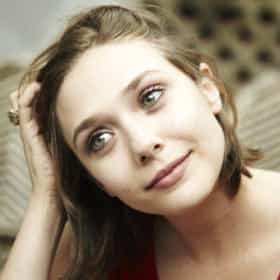 Elizabeth Marie Olsen (born February 16, 1989) is an American actress. She is Related to twin actresses Mary-Kate and Ashley Olsen and Trent Olsen. Elizabeth was born in Sherman Oaks, California in 1989. She is a sister to famous twin actresses Mary-Kate and Ashley Olsen. She has acted in many of the twins' productions. She is also the sister to Trent Olsen. Throughout her childhood she was nicknamed "Lizzie". She is a graduate of NYU Tisch School of the Arts and the Atlantic Theater Company Acting School in NYC. Elizabeth began her career at the age of five when she acted in an episode of her sisters the series titled The Adventures of Mary-Kate & Ashley:The Case of the ... more on Wikipedia

Elizabeth Olsen is ranked on...

Elizabeth Olsen is also found on...