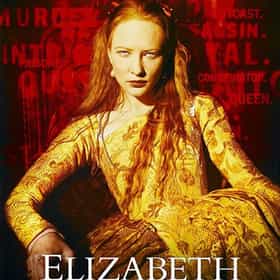 Elizabeth is a 1998 biographical film written by Michael Hirst, directed by Shekhar Kapur, and starring Cate Blanchett in the title role of Queen Elizabeth I of England, alongside Geoffrey Rush, Christopher Eccleston, Joseph Fiennes, Sir John Gielgud, Daniel Craig, and Richard Attenborough. This 1998 film is loosely based on the early years of Elizabeth's reign. In 2007, Blanchett and Rush reprised their roles in the sequel, Elizabeth: The Golden Age, covering the later part of her reign. ... more on Wikipedia

Elizabeth is ranked on...

Elizabeth is also found on...