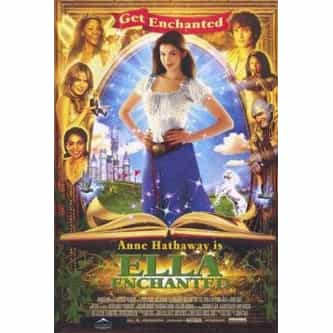 Ella Enchanted is a 2004 British–American–Irish fantasy romantic comedy film loosely based on Gail Carson Levine's 1997 novel of the same name. The film stars Anne Hathaway as Ella and Hugh Dancy as Prince Charmont. It plays with the usual fairy tale genre. It was released in North America on April 9, 2004 and in the UK on December 17, 2004. ... more on Wikipedia

Ella Enchanted IS LISTED ON