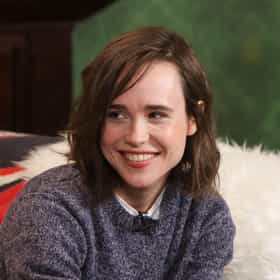 Ellen Grace Philpotts-Page (born February 21, 1987) is a Canadian actress and producer. Her career began with roles in television shows such as Pit Pony, Trailer Park Boys and ReGenesis. She starred in the 2005 drama Hard Candy, for which she won the Austin Film Critics Association's Award for Best Actress. Her breakthrough role was the title role in Jason Reitman's film Juno (2007), for which she received nominations for an Academy Award, a BAFTA, a Golden Globe and a Screen Actors Guild Award for Best Actress and won the Independent Spirit Award, an MTV Movie Award and a Teen Choice Award. Page played Kitty Pryde in the X-Men films (2006, 2014). She also appeared in An American Crime ... more on Wikipedia

The Most Stunning Ellen Page Photos 13.5k votes Photos of Ellen Page, one of the hottest girls in entertainment. Ellen started acting at the young age of 10 with her role o...
The Best Ellen Page Movies 1.3k votes List of the best Ellen Page movies, ranked best to worst with movie trailers when available. Ellen Page's highest grossing m...
Ellen Page Loves and Hookups 14.4k views Who is Ellen Page dating? Many famous men and women have dated Ellen Page, and this list will give you more details about th...

Ellen Page is ranked on...

Ellen Page is also found on...