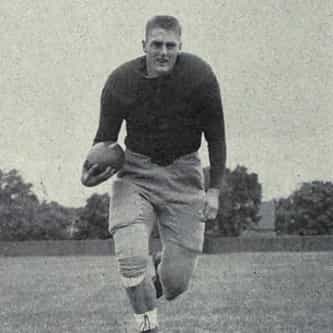 Elroy Leon "Crazylegs" Hirsch (June 17, 1923 – January 28, 2004) was an American football player, sport executive and actor. He was inducted into the Pro Football Hall of Fame in 1967 and the College Football Hall of Fame in 1974. He was also named to the all-time All-Pro team selected in 1968 and to the National Football League (NFL) 1950s All-Decade Team. A native of Wausau, Wisconsin, Hirsch played college football as a halfback at the University of Wisconsin and the ... more on Wikipedia

Elroy Hirsch IS LISTED ON