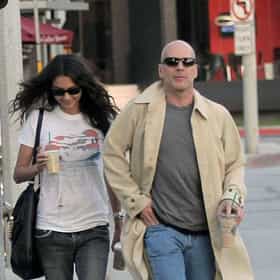 Emily Sandberg Gold (born May 26, 1978) is an American businesswoman, model and actress. She is founder and CEO of Twice Social. She has a dual residence in Nashville, Tennessee and New York, New York with her husband Gary Gold, a longtime drummer and music producer.Gold became internationally known for her appearances as the face of Clinique, Donna Karan, Versace, Fendi, and The Gap. She has also been featured on the covers of Italian Vogue, Japanese Vogue, and Italian Marie Claire. Following a successful modeling career, Gold became the first model to segue into the tech industry, launching digital publishing and social media agency Twice Social. Gold and the Twice Social team ... more on Wikipedia

Emily Sandberg is ranked on...

Emily Sandberg is also found on...