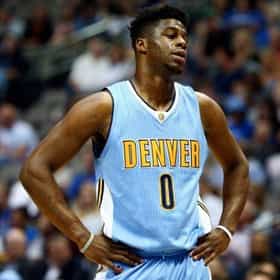 Emmanuel Kabeya Mudiay (born March 5, 1996) is a Congolese professional basketball player for the Utah Jazz of the National Basketball Association (NBA). He played high school basketball for Grace Preparatory Academy and Prime Prep Academy in Texas, where he gained much of the media's attention. He committed to play for the SMU Mustangs men's basketball team on August 24, 2013 but later made the decision to forgo college and joined the Guangdong Southern Tigers in China. After an injury-riddled season in China, he was selected with the seventh overall pick in the 2015 NBA draft by the Denver Nuggets. ... more on Wikipedia

Emmanuel Mudiay is ranked on...