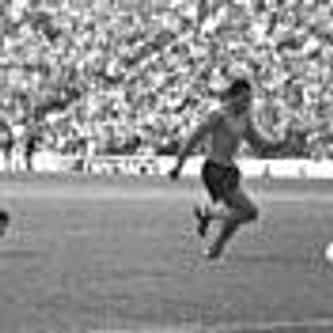 Emmanuel "Manno" Sanon (25 June 1951 – 21 February 2008) was a Haitian footballer who played as a striker. He starred in the Haiti national football team winning the 1973 CONCACAF Championship and scored the team's only two goals in its history during the 1974 FIFA World Cup in West Germany, where he became notorious for snapping Italy's Dino Zoff's no-goal 1,142-minute streak from a lead pass from Philippe Vorbe. Sanon won his home national championship in 1971 with top-level ... more on Wikipedia

Emmanuel Sanon IS LISTED ON