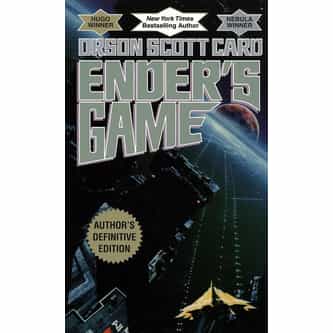 Ender's Game is a 1985 military science fiction novel by American author Orson Scott Card. Set in Earth's future, the novel presents an imperiled mankind after two conflicts with the "buggers", an insectoid alien species. In preparation for an anticipated third invasion, children, including the novel's protagonist, Ender Wiggin, are trained from a very young age through increasingly difficult games including some in zero gravity, where Ender's tactical genius is revealed. The ... more on Wikipedia

Ender's Game IS LISTED ON