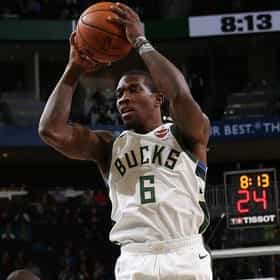 Eric Bledsoe (born December 9, 1989) is an American professional basketball player for the Milwaukee Bucks of the National Basketball Association (NBA). He plays the point guard position, but can also play shooting guard. After a season with Kentucky, he was selected by the Oklahoma City Thunder with the 18th overall pick in the 2010 NBA draft and subsequently traded to the Los Angeles Clippers. Bledsoe had a four-year tenure with the Phoenix Suns between 2013 and 2017, before being traded to the Bucks. ... more on Wikipedia

Eric Bledsoe is ranked on...

Eric Bledsoe is also found on...