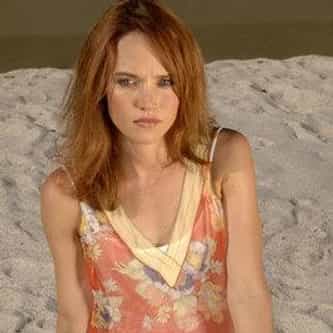 Erica Lei Leerhsen (born February 14, 1976) is an American actress. She first gained recognition for her leading part in the moderately successful horror sequel Book of Shadows: Blair Witch 2 (2000). Her work led her to take on a recurring role in the first season of The Guardian and star in the horror hit The Texas Chainsaw Massacre (2003). She has since appeared in numerous films of that genre, including Wrong Turn 2: Dead End (2007), Lonely Joe (2009) and The Butterfly Room (2012). She ... more on Wikipedia

Erica Leerhsen IS LISTED ON