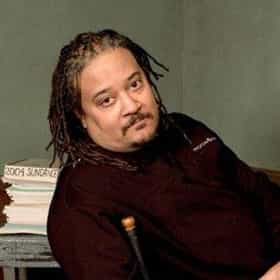 Ernest Roscoe Dickerson (born June 25, 1951) is an American director, cinematographer, and screenwriter of film, television, and music videos. As a cinematographer, he is known for his frequent collaborations with Spike Lee. As a director, he is known for action and horror films such as Juice, Demon Knight, Bulletproof, Bones and Never Die Alone. He has also directed several episodes of acclaimed television series such as Once Upon a Time, The Wire, Dexter, and The Walking Dead. ... more on Wikipedia

Ernest R. Dickerson is ranked on...

#560 of 783 The Greatest Directors In Movie History 301.2k VOTES List of the greatest directors in movie history, who are most deserving of Academy Awards and critical recognition. The list...
#34 of 39 The Very Best Black Directors, Ranked 2.6k VOTES Films like 12 Years a Slave have made movie history and garnered tons of awards for black, British film director, Steve...
Famous People Named Ernest 6.1k VIEWS If your name is Ernest, then you're in some great company. Here's our list of the most famous people named Ernest or Ernie, ...