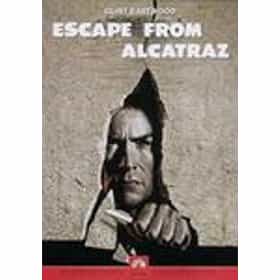 Escape from Alcatraz is a 1979 American prison film, directed by Don Siegel and starring Clint Eastwood. It is based on true events. It dramatizes possibly the only successful escape attempt from the maximum security prison on Alcatraz Island. The film co-stars Fred Ward and also features Patrick McGoohan as the suspicious, vindictive warden; it also features the film debut of Danny Glover. The film marks the fifth and final collaboration between Siegel and Eastwood, following Coogan's Bluff, Two Mules for Sister Sara, The Beguiled and Dirty Harry. ... more on Wikipedia

Escape from Alcatraz is ranked on...

Escape from Alcatraz is also found on...