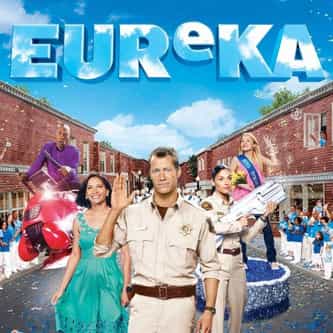 Eureka (Syfy, 2006) is an American science fiction television series created by Andrew Cosby and Jaime Paglia. A U.S. Marshall (Colin Ferguson) becomes the sheriff of a remote cozy little Oregon town where the best minds in the US have secretly been tucked away to build futuristic inventions for the government which often go disastrously wrong. ... more on Wikipedia

375 votes What To Watch If You Love 'Eureka'

Eureka IS LISTED ON