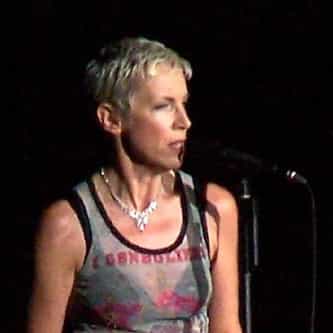 Eurythmics were a British pop duo consisting of members Annie Lennox and David A. Stewart. Stewart and Lennox were both previously in the band the Tourists (originally known as the Catch), who broke up in 1980; Eurythmics were formed that year in Wagga Wagga, Australia. The duo released their first studio album, In the Garden, in 1981 to little success, but went on to achieve global success with their second album Sweet Dreams (Are Made of This), released in 1983. The title track was a ... more on Wikipedia

Eurythmics IS LISTED ON