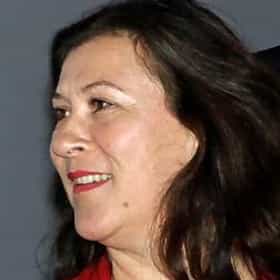 Eva Mattes (born 14 December 1954, Tegernsee, Germany) is an Austrian-German actress. Mattes was featured in four films directed by director Rainer Werner Fassbinder (The Bitter Tears of Petra von Kant, Jail Bait, Effi Briest and In a Year of 13 Moons). In A Man Called Eva (Ein Mann wie EVA, 1984), she played a bearded film director, based on the recently deceased Fassbinder. She has also appeared in two films of Werner Herzog, a former partner. In 1980 they had a daughter together, Hanna Mattes. Eva Mattes also appeared in Germany, Pale Mother, and in Enemy at the Gates as the mother of Sasha Fillipov. Eva Mattes is well known in German-speaking countries for her role as Klara Blum in ... more on Wikipedia

Eva Mattes is ranked on...

Eva Mattes is also found on...