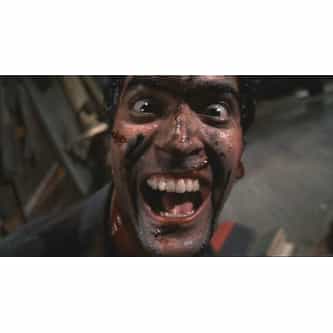 Evil Dead II is a 1987 American horror comedy film directed by Sam Raimi and a parody sequel to the 1981 film The Evil Dead. The film was written by Raimi and Scott Spiegel, produced by Robert Tapert, and stars Bruce Campbell as Ash Williams. Filming took place in Michigan and North Carolina in 1986 and the film was released in the United States on March 13, 1987. It was a minor box office success, achieving just under $6 million. It positive reviews in which critics praised Raimi's ... more on Wikipedia

Evil Dead II IS LISTED ON